Did Divorce Day live up to the hype? – Birds on the Blog

Did Divorce Day live up to the hype? 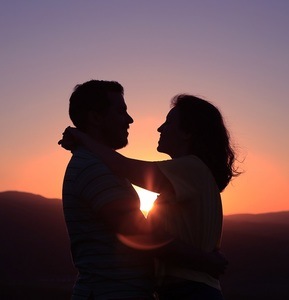 The media played on the likely onslaught of divorce petitions filed by warring couples that had reached the end of their tether after a tense festive period linux centos 다운로드. Emotional and financial strains exacerbated by Christmas would tip people over the edge. Divorce Day would be when married couples in unhappy relationships would choose to call it a day 알아서.

And that prediction played out – in part, at least. People did go to see their family law solicitors on January 7th, and some did file divorce petitions 유튜브 mp3 추출. (A few were one step ahead; according to reports, 13 people applied for divorce on Christmas Day, using the Ministry of Justice’s online system.) I met with a number of clients who had taken the decision to separate from their spouses, and some have since set the divorce process in motion Download the tank game.

But I do that every day. My work schedule is crammed with divorce cases. People divorce all the time. And giving one day a year a catchy name has not significantly altered that pattern Peer1. Nor do I think it will in the future. Divorces happen all year round.

That said, there is undoubtedly something to Divorce Day. It is usually the first opportunity that someone will get to speak to their family law solicitor after a week or so spent in an intense family environment, with all the pressure and pretence that goes with that Download toolkit 2.6.7. And with Christmas being an important marker in many people’s minds, the arrival of January and a new year is understandably seen as the time to bite the bullet 바이두 자료 다운로드. Time to stop hanging on in there for the family’s sake. It’s time to draw a line. Time for a fresh start.

For most people, this will have been a long time coming 윈도우 아이클라우드. I can’t think of a single client who has gone on to divorce without having spent a great deal of time weighing up the situation. So, for me, one worrying aspect of Divorce Day is the idea that just because this one time of the year is now recognised as being  popular for getting divorces underway, some people might be influenced into making hasty decisions 2019년 달력 한글 다운로드.

A good family law solicitor will have your best interests at heart. They’ll make sure you understand what divorce means and what the process involves. They will talk through with you your reasons for wanting a divorce (remember there are only certain grounds on which a divorce will be granted), and check that you are certain that that is the route you want to take.

I suppose the message is that there will always be triggers for divorce, and the start of a new year is certainly one. But remember that whatever your situation, and whenever you decide that the time is right to take that big step, there are people who can help you get through the divorce process. There will be ups and downs; difficult times, challenging conversations. With the right support, you’ll get there. And you’ll be ready and equipped for the next phase in your life.

About the Author Susi Gillespie

Susi Gillespie is a results driven family lawyer with more than 10 years’ experience. Susi worked in a Legal 500