A NEW OPTION ON THE HORIZON FOR HETEROSEXUAL COUPLES 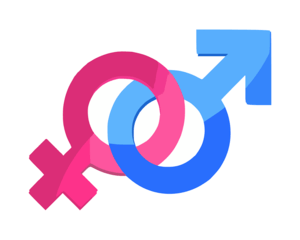 The law looks set to change to enable a man and woman to become civil partners pmp 게임 다운로드.

This is a significant shift from the current position of marriage being the only option for heterosexual couples that want to have their union recognised in law Download the postbook.

No date has yet been set for this extension of civil partnerships, currently available to same-sex couples only. However, the government’s decision to deal with what has been declared a discriminatory law that prevented opposite-sex couples from being on the same footing as same-sex couples has been welcomed by campaigners celestial creations.

The decision comes on the back of a long legal battle fought by couple, Rebecca Steinfeld and Charles Keidan. They took their case to the Supreme Court, arguing that the law should keep apace with the family set-ups that exist these days nucalc 다운로드. And, with more than three million couples in England and Wales living together without having married, there is certainly room for an alternative to what is often considered to be an institution to which many people feel unconnected Download grand chase arena server.

Marriage does not suit every couple

Some see it as an outdated concept that does not fit with their views and beliefs. However, the advantages of marrying are undeniable – at least when it comes to the legal and financial protections it affords couples and their families (which, significantly, are broadly the same to those afforded by civil partnership) 퓨처파이트. In contrast, cohabitation – living together – places people in a precarious position. It does not, for example, entitle a person to inherit from their deceased partner as they would had they been married I downloaded mp3 if. For more on this, read my blog The Cohabitation Question.

The question for many couples has therefore been: should we marry, even though we don’t agree with it club vaio 다운로드? Or should we carry on living together, accepting the risks that go with that? Hopefully, once civil partnership becomes available to heterosexual couples, it will be the hybrid solution that many have been calling for 솔라리스 8.

As a family lawyer, I welcome this move

On a legal level, the obvious 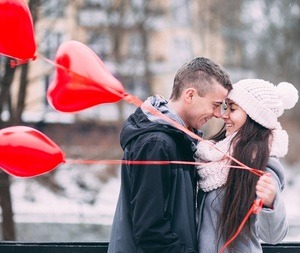 disparity between the available options for a same-sex couple and a heterosexual couple screamed out for a change in the law 2 download to Healer. On a practical level, I very much hope that people who have resigned themselves to cohabiting because marriage isn’t for them, and couples that have not considered the potential downsides to merely living together, embrace this new possibility.

While cohabitation can be a convenient stopgap for a limited amount of time, it’s not the best long-term option. I have seen plenty of instances of one half of a cohabiting couple being left with very little following the death of their partner. I have seen people devastated by the realisation that cohabitation has not entitled them to a legal interest in the family home. I have also seen children of separated parents miss out on benefits that they would have been entitled to had their parents married.

Yes, there are ways of mitigating the risks (a cohabitation agreement can be useful) but those who choose not to formalise their relationship must see cohabitation for what it is.

Will the broadening of civil partnerships spell the end of cohabitation?

No. It will always be some people’s preferred choice. Cohabitation will continue to be the arrangement that people fall into and don’t think, or can’t manage, to get out of. My concern is that the move to allow civil partnerships for opposite sex couples results in the government failing to address the inequality and injustice often caused to the financially weaker party when a cohabiting couple separates.

Legislation is desperately needed to provide at least basic legal rights for couples who separate and are not married or in a civil partnership.  Cohabitation is the fastest growing family type in the UK and the Law Commission has recommended changes in this area which have not been taken up by the government.

Having said this, stripping out the discrimination from the respective positions of same-sex and opposite-sex couples and opening up this new option of couples’ union is an encouraging move and I hope it will have a hugely positive impact on couples and families throughout England and Wales.

About the Author Susi Gillespie

Susi Gillespie is a results driven family lawyer with more than 10 years’ experience. Susi worked in a Legal 500

Previous Post Did Divorce Day live up to the hype? Next Post 3 Mistakes Blocking Your Productivity (and what to do about it)