How to get the most out of your customer service

Customer service can be considered the bane of many businesses, handling question after question and sometimes having to deal with difficult customers. However you feel about it, it is an essential part of any successful business, and how you communicate with your customers can have a huge impact on your business, its reputation, and can even affect customer retention.

With our world becoming more digitised day-by-day, it goes without saying that digitising your business is inevitable, however there are some interactions where your customers value a human touch, and understanding the power of the human voice is well worth it.

It’s no surprise that the majority of us dread calling customer service, only to be left waiting for what seems like hours, enduring tedious hold music, to then be met with an automated voice. In a recent survey, it was found that 78% of the people polled stated that they preferred speaking to a real person rather than an automated system when calling a customer service line. For the older generation (60+), 85% of those surveyed preferred being met with a real human voice to help solve their queries, which isn’t that surprising! The younger generation has grown up with artificial intelligence being a big part of their lives, and are therefore much more likely to respond positively to it, however for the technophobes among us, there is nothing scarier than being met with a monotone, unresponsive voice! 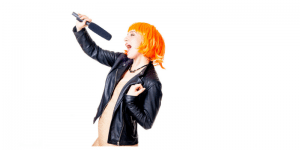 So, it’s decided – AI out, human voice in! But, what kind of voice? It may be something that you’ve never given a second thought about, however, we all react to people differently; and over the phone, the only thing we have to react to is someone’s voice. In a business sense, it is definitely worth thinking about, as it can reflect either positively or negatively on your company.

Does your voice have the it factor?

Whether we like to admit it or not, we all consciously or subconsciously make assumptions about those we interact with, and the same can be said when talking to someone over the phone. There are different vocal traits that are unique to each individual, and these can mould the impression that we have on others. For instance, 72% of those surveyed stated that they respond positively to voices with a medium pitch, a similar voice to Tom Hanks for example.

In regards to preferring male or female voices, there really wasn’t much in it, with 54% of respondents saying that they find both equally trustworthy. Accents can also have an effect, with nearly half of the respondents saying that clear pronunciation was something that they would respond positively to, as well as familiarity with their own accent. It was found that the Welsh accent was considered to be the most trustworthy, so, it may be worth taking some tips from our Welsh friends on perfecting the perfect telephone voice!

From this research, it is easy to conclude that the human voice is a powerful tool. Although it might seem easier to reach for AI systems, there is something genuine and positive about utilising human voice, and gives your customers a unique, personable experience every time, which is ultimately good for your business and its reputation. Regarding your customer service agents, it is important that they recognise the power that their voice has, and something as simple as smiling down the phone can change the whole dynamic of your phone call; if your agent is happy and positive, your customer is also likely to share that enthusiasm.

In a world where AI is becoming the new normal, give your business that competitive edge by stripping customer service down to its basics; simple human interaction.

How to feel calm at work before your holiday

7  Best Jobs for a Digital Nomad

My journey with work experience

Previous Post WHY IS A BUSINESS PLAN IMPORTANT? Next Post 5 Ways Women Can Break the Glass Ceiling