Are you born an alpha female or are you chosen? – Birds on the Blog

Are you born an alpha female or are you chosen? 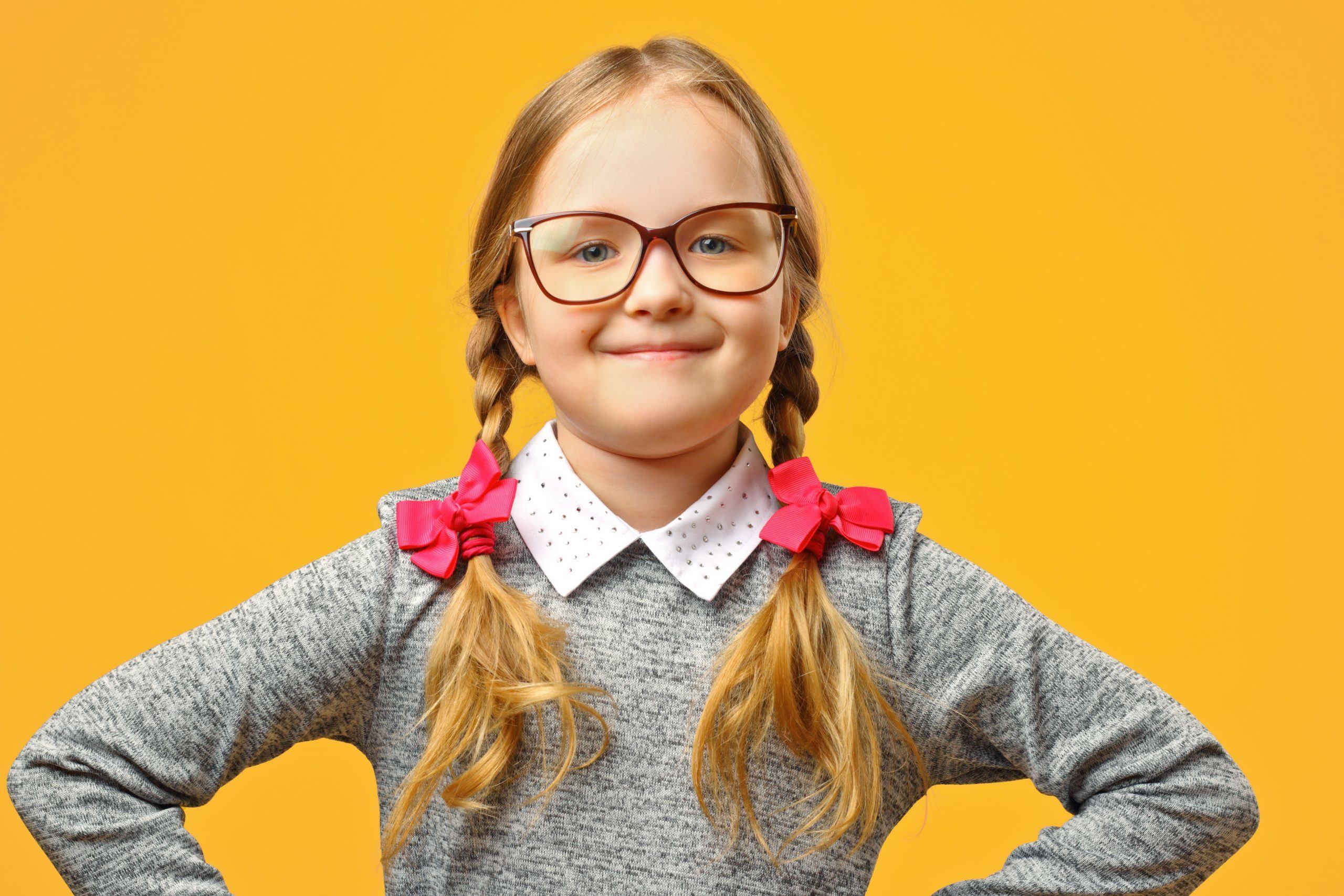 This question was debated a few weeks ago by friends and has been on my mind a lot because of things happening in my family life and friends’ circles.  Are you born that way?  Can your peers make you into an alpha?  Can you make yourself into an alpha?

As a business owner, people naturally assume that I am an alpha, because of the role I have chosen for myself.  It is true that alpha’s always chose their own path, play by their own rules, because they thrive on challenges.  Is your fate decided for you, by being born into your sibling hierarchy and family life, or are you chosen by your peers to be the alpha status?

If he could do this for his family, I could too!

My Dad was number 6 of 7 in his family hierarchy, but unusually, very much an alpha in the family, a go-getter, self-taught businessman, strong, confident, but had tribe/clan mentality of leading us, all his family, to a better future.  He was a very hard-working man, and I as eldest daughter of 3, respected him hugely for this.  If he could do this for all his family, parents, siblings, then I could do that too!  He was my blueprint for what I wanted to achieve.  Was I born an alpha then, or did my siblings and peers make me into that?

Did I seek out these alpha males because I felt comfortable around them?

My work life started at 17, working in central London for various property companies, all owned by Jewish families with a fantastic work ethic!  It was like an extension of home and just where I needed to be, to learn my commercial property accounting trade.  Watching how these guys worked, how they conducted themselves in meetings, their body language was fascinating.  I was eager to learn and made some of them my mentors, I quizzed them, on why they did things the way they did.  It was the perfect setting to watch the tribe-first mentality in action, incredibly strong leaders, setting goals and visions for their team, driven to succeed in what their companies were going to achieve.  Did I seek out these alpha males because I felt comfortable around them, or did I earn my status because of my work attitude and hunger for knowledge and training?

What I did work out was, that I had been talking to the wrong type of guys!

I have worked for myself now for 25 years, out of 35 years of working, egged on by my vision as a child, but also because I hated the fact that someone else decided how much I was capable of earning.  I did not go to college or university and just learned how to work hard.  I was very aware of my younger friends and siblings, all having children before me.  We were all given the same upbringing, the same opportunities, but it was my choice to get up at 6.00am every day and get on the early train into town.  I bought my own house at aged 22, and wanted to establish that, before taking a partner and having a family.  Probably a very male prospective, looking back, but it felt such a waste of good money to keep paying rent.  I loved living by myself, doing up my house and establishing my career path.  When I did start looking for a long-term partner a few years later, it was commented on that I was too confident, too ambitious and driven, dominant, a ball buster, intimidating……the list went on!  What I did work out was, that I had been talking to the wrong type of guys!  When I did find him, I found an equal.  He was not scared or intimidated by any of that stuff, not that it was true in the first place!  Unknowingly, I had found a fellow alpha and he admired lots of my qualities, and how I got things done.  How I am perceived by some people still makes me laugh, but I understand how that can be interpreted now.

My employer thought I was a superwoman

When I did have my daughter at 26, my family were gobsmacked that I would only be taking 5 days holiday.  I was going back into work a week later, with my new baby, so I could breast feed her every few hours, then I could work while she slept.  Fortunately for me, she was a great sleeper!  I could not have been a stay-at-home mum.  I knew I would need the stimulation and challenge of work, and for me to have a baby, she had to fit into my life, not the other way around.  My employer thought I was a superwoman….one for being 2 weeks overdue, so I could carry on collecting the December quarter rents, and two, timing the birth so that I gave birth at 5.17pm, on a Friday afternoon in early January.   I was head of department by then, and I did not want to let the team down.  The important work got carried out as a team, and when completed, I could go and give birth.  Did my body hold back giving birth to help me with my work commitments?

She said we have made our lives so much harder for ourselves, tryer to be equal

My ex-mother-in-law, who is now 87, told me a few years ago that she was glad that she was born in 1934.  If given the choice, of being born in the sixties or seventies, she would not swap places with my generation.  She said women now have it so hard, having to work to afford our houses and lifestyles, manage a family and run a home, all on top of choosing to have a career or not.  She said we have made our lives so much harder for ourselves now, trying to be equal.  Back when my in-laws bought their first house, and indeed my Dad, who was born in 1945, only the man who was allowed to have a mortgage.  Only one salary would be considered, because the woman was expected to leave work, as soon as she became pregnant and not return.  Life probably was easier for women back then, but I bet there were lots of women unhappy that their life was all planned out like this!  Can you imagine your life plotted out for you and society says that is the way it is, end of!  Would you go back and swap to that era?

Our lives have changed so much from that time.  The career’s advice has got a whole lot better for one!  My mother-in-law had two choices when she left school, shop work or to go and work in an office.  She took a job as a secretary and that was considered the better option out of the two.  Career’s advice in the mid-eighties for me was not much better.  We were still offered shop work or secretarial, as I had done business studies exams in the sixth form.  I consider myself very lucky to have gone for an interview with Kelly Girl temp agency in town, with a school friend who wanted moral support.  I ended up taking the maths tests with her and got offered temporary accounting roles, which was a fantastic way for me to get experience in the workplace.  Careers prospects for girls leaving school now is limitless!  You can literally go into any field you want and start training.  I think that is extraordinary progress in anyone’s books!

Should Boris be asking all the alpha females to come together, to help get this country up and working again?

Alpha females are not a new thing.  We have had the pleasure of reading about them all through history.  During our lifetime, we have grown up with the incredibly strong examples of The Queen, Margaret Thatcher, Madonna, Oprah Winfrey…..and thankfully there are so many more.  We are not a threat to society.  You do not have a choice about being an alpha, but I think you can learn aspects of what makes us tick if you are not an alpha.  We are not the easiest of people to live with, but I do believe you are born like it, and that fire stays alight in your belly until you have completed everything that you set out to do.  We have a vision, but we’re not frightened to roll up our sleeves and get stuck in!  We use our common sense and strength and help get the job done for the good of the team/family/community.  Just a thought, but should Boris be asking all the alpha females to come together, to help get this country up and working again?

About the Author Sharon Millar

Sharon Millar is the owner of Desk Team Serviced Offices at STC House, 7 Elmfield Road, Bromley, Kent. You can contact her on sharon@deskteam.co.uk – www.deskteam.co.uk Sharon’s professional background was as a commercial property accountant for 30 years in central London. Desk Team was set up in 2017, with just £750, a few desks, a wifi router, and a whole lot of passion! Our first office was a huge 10,000sqft derelict building in Beckenham. Desk Team was established to offer small businesses, flexible affordable workspace, together with business support and opportunities to help them grow.

HOW CAN CROWDFUNDING HELP BUSINESSES?

How much of yourself do you put into your brand?