Gifts For Achieving Black Belts – Birds on the Blog

My daughters are martial artists. They’ve trained from an early age so that the moves come to them instinctively. They’ve recently become junior coaches and ultimately this will lead them to become a Ju-Jitsu master, and coaching others in the gentle art of yielding…

As parents, we’ve always incentivised our daughters to achieve their goals Download Iron Man 2. When they pass a belt grading we take them for a meal to celebrate their hard work and achievement. We praise them for their work and their effort and then we reward it. We do the same with academic achievements.

In a years time, they’ll be black belts download srtm. Albeit junior black belts, but still, they’ve mastered the basics of Ju-Jitsu and the recognition that goes with it. Then it’s training to become an adult black belt which takes approximately 2 years.

A Chinese meal doesn’t seem to honour them enough for their effort and commitment and places like Amazon just seem to offer generic gifts Windows 7 install.

They’ve recently started weapons training and I’d love to incorporate that somehow. Believe it or not, girls love weapons training in martial arts – it’s very feminine – almost like dancing. They learn to fight with fans, swords, and tonfa. Just watching them train is fantastic – they’re just as graceful as ballerinas, although a fraction more lethal 올레tv 모바일.

Which leads me to ask the question – Are swords suitable gifts for achieving black belt? 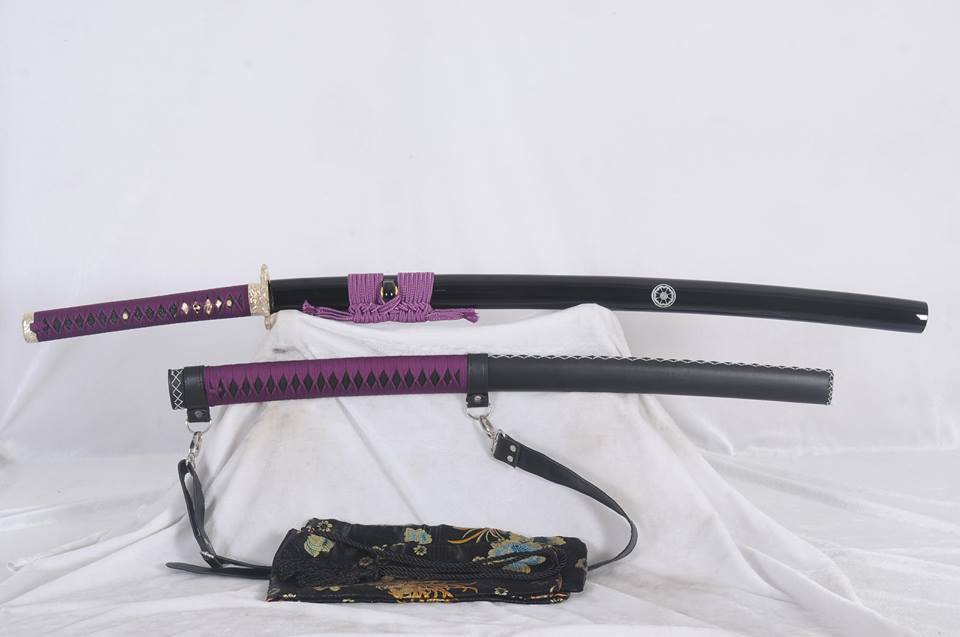 Not only are they a conversation piece, but the gift would be a visual reminder of the amazing things they can achieve in life with discipline and persistence. A photo is nice, but I don’t think it conveys the energy they’ve put in.

Then there are the protocols of gifting a katana…

There’s a superstition that says when you gift a blade the person must cross your palm with silver, or the blade will sever the relationship Download How to Survive as a Quincar. This superstition is rife in many cultures from the British to the Koreans.

So I hand the swords over, with the blade facing away and I’m not touching the lacquer and the blade is then rejected twice before being accepted a third time. Although my daughters are not samurai they do follow the bushido code, and then they have to give me a silver coin back. Which will be very tough with the youngest, she’s not good at giving money and is more likely to run me through than give me a silver coin 아두이노.

Once they’ve accepted their sword they’ll need a display stand and frequent reminding it’s not a toy… Once, hubby was collecting me from the station which is 5 minutes from my house. We opened the front door and were nearly decapitated. The girls had heard a noise and were positioned on the stairs, opposite the door, with my Japanese swords, unsheathed, ready to “sort out” a burglar…

As I type this out I realise that katanas as a gift for achieving their black-belts are totally appropriate 곱게 자란 자식 다운로드. They’re something that they’ll treasure for the rest of their life and perhaps hand down to my grandchildren.

I searched and searched for the perfect swords – I knew it had to be out there and finally, I found it. Swords of Northshire sells Samurai Swords, Ninja Swords, Knives, Accessories and Custom Swords!!! I finally found the perfect place where I could customise my own katana to make it special for them Download Tomica Movie!

When you customise a katana on the Swords of Northshire website, you have so many options like blade length, fittings, engraving (Their name and the year spring to mind), Hamon type, Ito color, Tsuba, and blade material <— something less dangerous for the little one 😉

Once you choose all of your options, the information goes off start the process of your custom sword making process in the swordsmithing town of Longquan, which is famed for sword making. They have been making swords for over 2,600 years so you can expect an extremely well made and high-quality sword. If for any reason you are not satisfied with your purchase, they have an amazing 100% money-back guarantee!!!! 넥슨플러그 2.5 다운로드! This lasts for up to 30 days after your purchase. They offer a replacement, reshipment, or refunds to make sure you are totally satisfied. Amazing

If for any reason you are not satisfied with your purchase, they have an amazing 100% money-back guarantee!!!!! This lasts for up to 30 days after your purchase. They offer replacement, reshipment, or refunds to make sure you are totally satisfied. Amazing.

So, if you’re looking for a personalised katana for the newly black belted martial artists in your family then do check out the website. I know you’ll love them as much as I do.

About the Author Jackie Groundsell

Dealing with the inner voice critic